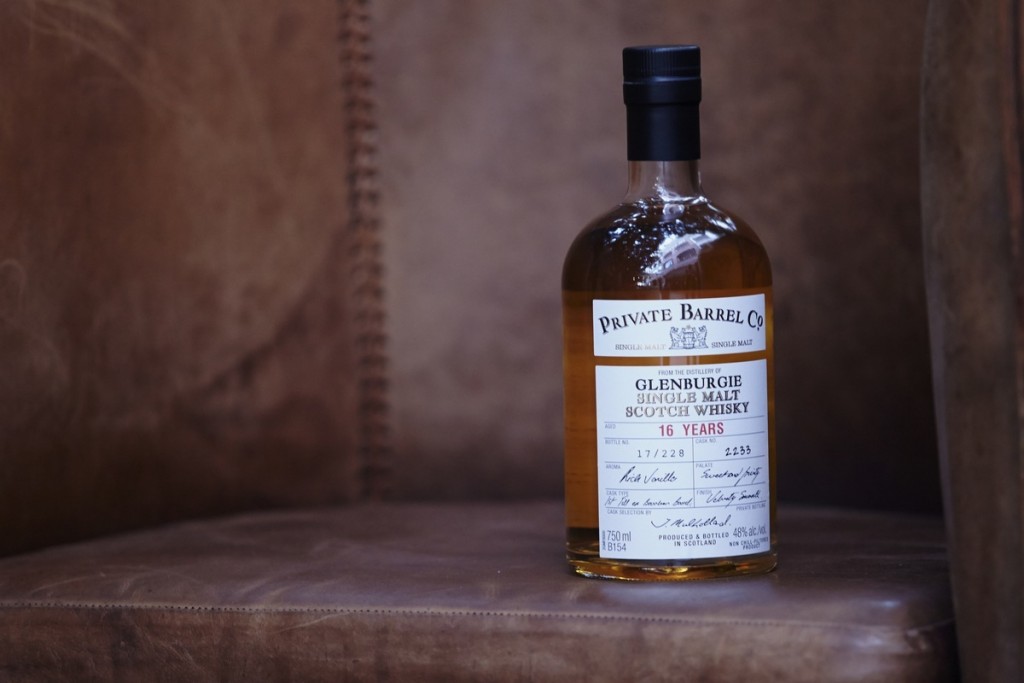 Checkers LiquorShop has done it again! They’ve gone and sourced their 10th Single Barrel whisky and it is lovely. A 16 year old Glenburgie this time. If you aren’t familiar with the distillery, I’m not surprised. Glenburgie rarely finds its way out into the big wide world as a single malt. Instead it forms the heart of the ever-popular Ballantine’s blended whisky.

And this is what I like about the team behind the House of Fine Whisky and Private Barrel Co brand – they’re not afraid to showcase the lesser-known distilleries. In fact, I love them more so because they do that. The level of passion shown by this giant retailer when it comes to their whiskies is admirable.

Everyone is the team is genuinely interested and excited at the drams they’re bringing to the South African market. From Deputy Operations Manager Supermarkets, Joseph Brönn, to Shoprite Checkers Group CEO, Whitey Basson, the folks have been hands-on in this project, heading over to Scotland to source the whiskies and then reviewing them with an expert tasting panel, singling out the single cask that will join their Private Barrel Co range. 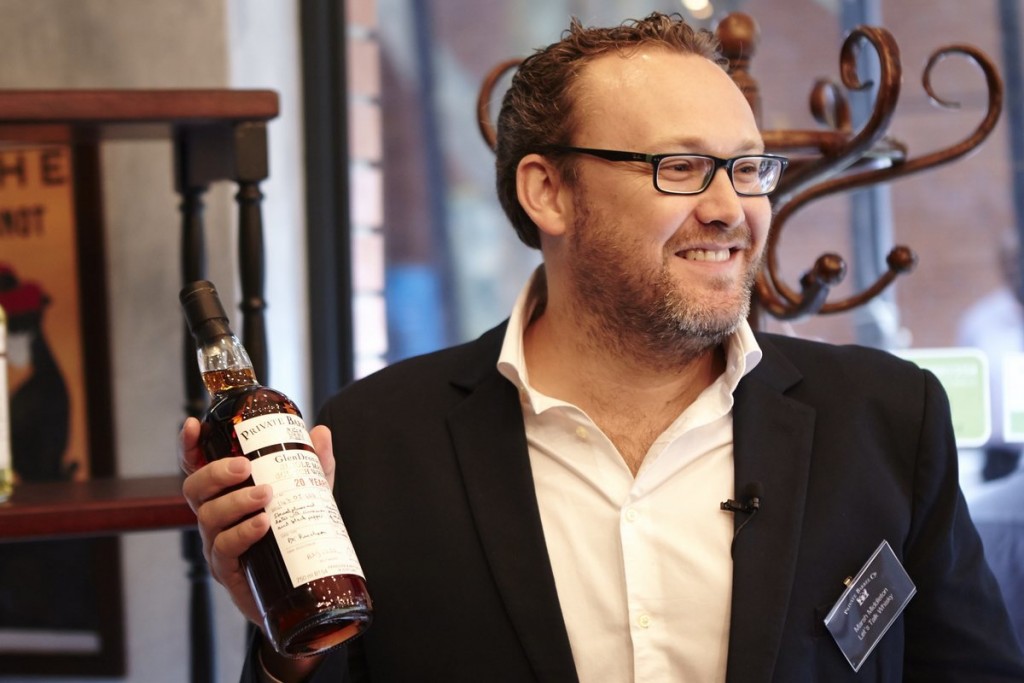 Case in point is the launch for the Glenburgie that they held in Cape Town at Café Dijon on May 13th, 2015. Not content to simply host a few members of the media, the team held a live tasting streamed (complete with a bagpipe procession) via Youtube and whisky lovers could submit their questions and comments in real time via Twitter. A luck few (myself included), received our own tasting kits so that we could experience it ourselves. My samples arrived via courier 10 minutes before the tasting began – talk about cutting it close.

The tasting was led by whisky connoisseur extraordinaire, Marsh Middleton, and he was on fine form at the tasting. I’ll bet that if you asked Marsh, he’d say that the whiskies do all the talking for themselves. Scanning through the attendees I picked out face after face of whisky lovers and experts from Karen Chaloner – co-founder of Whisky Live SA, to Bernard Gutman and Patrick Leclezio – both whisky luminaries of distinction and more. A veritable who’s who of the local whisky scene were in attendance.

And to me that shows that the Private Barrel Co range isn’t a one-hit wonder. When you have folks who live and breathe whisky interested in the products that you are putting out there, you know you’re doing something right. Checkers is building a solid reputation of bringing rare single cask gems to the South African whisky lover, and they love doing it. 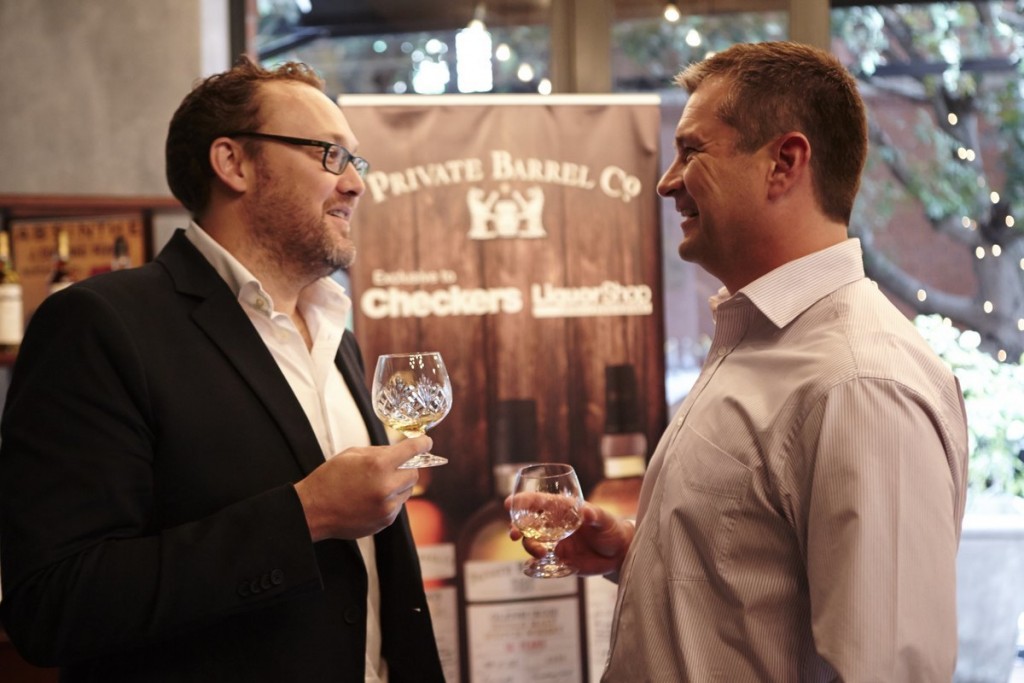 Below is the capture of the live stream of the tasting. The quality of the recording isn’t brilliant, but you get a great overview by Marsh in the first 15 minutes of the video.

Three single malts were on show: the Glendronach 20 year old, the Benriach 17 year old and the newcomer, the Glenburgie 16 year old.

My take on the Private Barrel Co Glendronach

I’m fortunate enough to have my own bottle of this. It took a while for me to really appreciate it – I kept going back to my 2012 Whisky Live Festival Glendronach to compare – until I realized they were two totally different Glendronachs which is exactly what they should be seeing as they are both single cask offerings. The Whisky Live bottling is a lot sweeter (more red berries, less stewed fruit) whereas the Private Barrel Co one is a touch drier and more complex, requiring a bit more effort to sift through and identify all its components. But once you do, you are richly rewarded.

My take on the Private Barrel Co Benriach

A lovely dessert dram! Pour some over your icecream, or even your porridge in the morning. Delightfully sweet with a tickle of spices down your throat as you swallow. Reminds me a bit of the Glenlossie and Benrinnes that Checkers released in 2013, but with a bit more punch. An easy-drinking whisky.

My take on the Private Barrel Co Glenburgie

I really liked this one! You’ve got the vanilla and toffee notes typical of an ex-bourbon barrel, but then there is a lot more going on inside. Being first fill we get strong flavours coming from the wood. I picked up herbal, heathery notes that helped balance the sweetness, creating a really well-rounded dram. The herbs fade on the finish and you end with a nice sweet note. 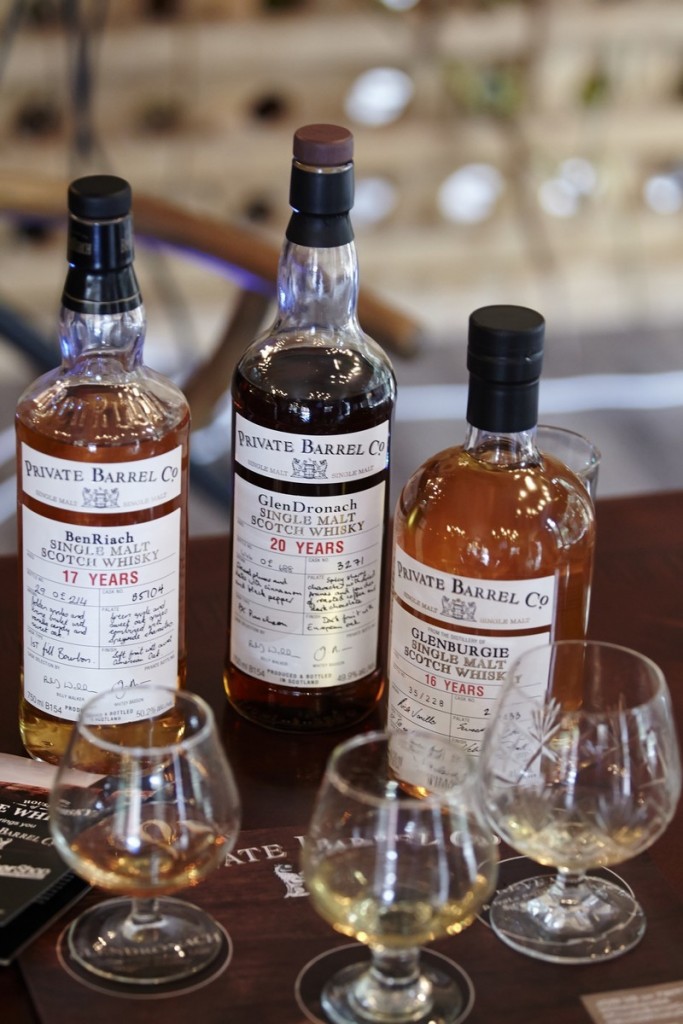 If you’re keen to get your hands on the Glenburgie, you can pre-order it via the Checkers website to secure your bottle before it all flies off the shelves when released in July.

In my experience, it is not often that you see a large retail chain invest so much care and attention to a small product range the way the folks at Checkers do for their Private Barrel Co range. I personally can’t wait to see what treasure they’ll release next!