This was my second FNB Whisky Live Festival, and turned out to be a very different experience to my first festival, which was last year. Last year it was all about discovering and tasting as many new whiskies as was possible, and I did pretty well in my endeavours. This year, my focus was primarily on meeting and interacting with the folks in the whisky industry – some who I have had the fortune of meeting before, and others who I knew by reputation or had “met” over the web. 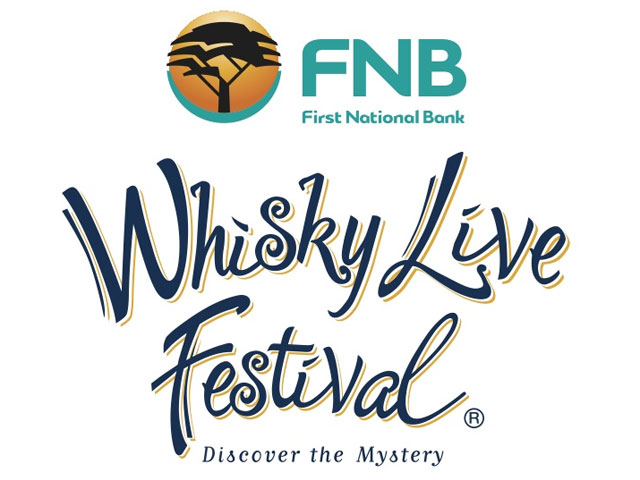 I must say, my night went even better than expected! With the entire Modderfontein Whisky Club in tow, there were so many highlights, and I’ve listed a few below. (You’re going to see me in a lot of the photos in this post – my friends were in charge of snapping away and they focussed on the people more than the whiskies.)

Meeting up with Ian Logan (Chivas Brothers Global Brand Ambassador and the Guardian of The Glenlivet) and Gillian Macdonald (master distiller at Penderyn – Wale’s only whisky distillery) for a drink before the show started. Both are very down-to-earth people, full of great whisky stories and quick to laugh. My kind of people.

Catching up with Karen Chaloner (co-organiser of FNB Whisky Live) at the door, and wishing her a happy birthday (Nov 11th). How’s that for throwing a great birthday bash? A few thousand whisky lovers, hundreds of litres of premium whisky and a bevvy of international whisky legends all under one roof. Magic stuff indeed! 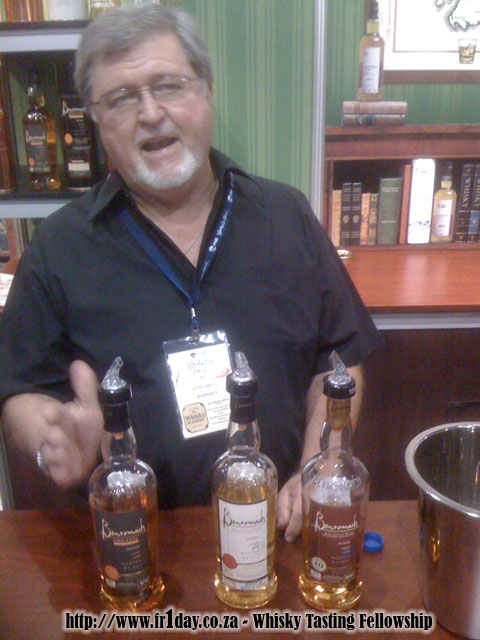 Tasting our way through three Benromach whiskies – the Benromach 10 year old, Benromach Traditional and Benromach Organic – with the man behind The Whisky Academy, Jonathan Miles. I’ve got a lot of time for Jonathan, so this was a perfect way to kick-start the evening’s whisky tasting. My favourite was the Benromach 10 – definitely a dram I’ll be revisiting! 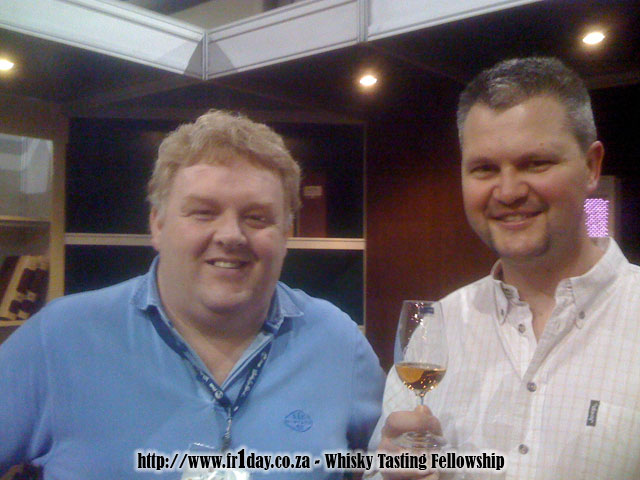 Having a private tasting of The Glenlivet 18 in the re-created Glenlivet Library with Ian Logan – just me and my friends. Ian‘s love of his whisky and job shone through. It was a pity we couldn’t have spent more time with him, but he had a plane to catch and us a whisky workshop. 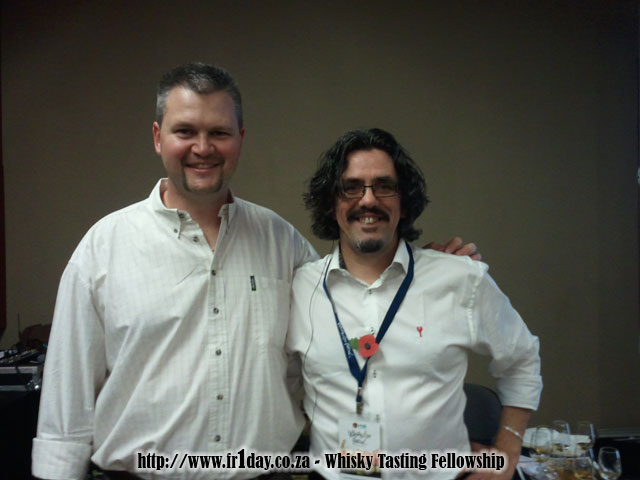 Finally meeting Dave Broom – a whisky guru I’ve admired for ages – and attending his “Another Green World” workshop where he discussed Irish whiskey’s renaissance. Who knew a history lesson could be so much fun? 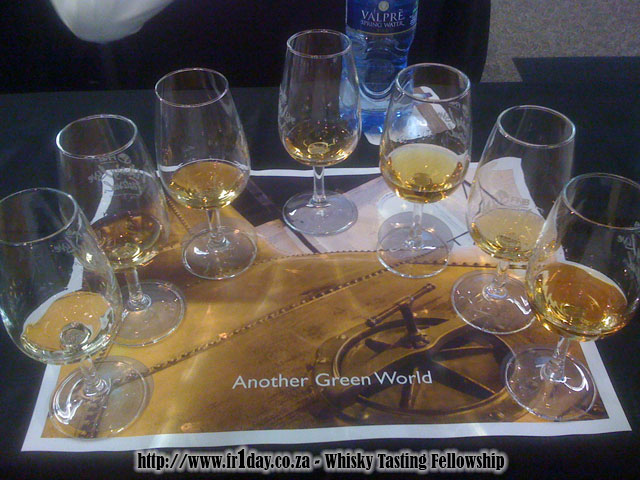 We definitely had the luck of the Irish – 7 brilliant Irish whiskeys were tasted: Connemara Peated Single Malt Irish Whiskey, Tyrconnell Madeira Cask Finish, Green Spot Irish Whiskey, Redbreast 12yo, Redbreast 15yo, Powers John’s Lane 12 Year Old and Midleton Barry Crockett Legacy. Each one more special than the one before. Dave hinted at some good news too – it looks as South Africans may soon be able to get their hands on Redbreast single pot still whiskey in SA come next year. Such a great whiskey! Fingers crossed it happens. 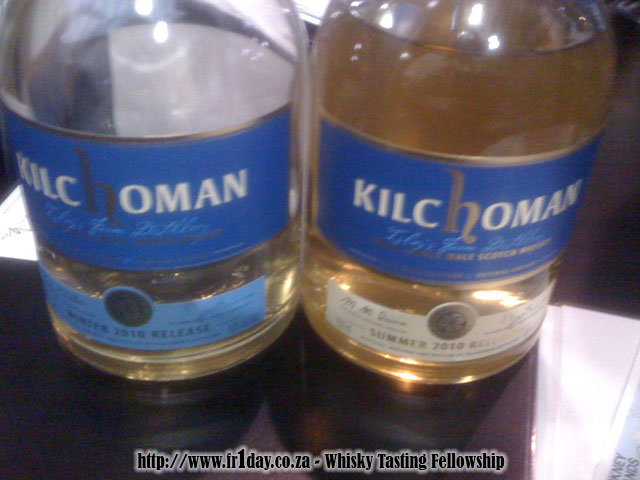 Visiting the Kilchoman stand and talking about these fine drams with Paul laCock, owner of the Aficionados website. Kilchoman may be Islay’s newest distillery and their whiskies young, but boy are they good! I’m sure the big boys on the island are sitting up and taking notice. 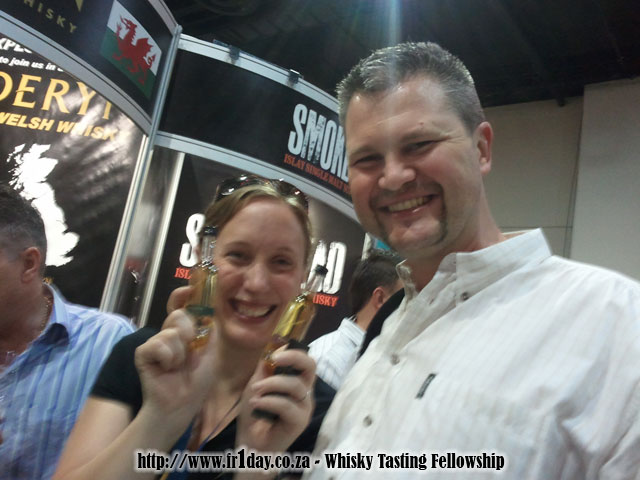 Celebrating my Welsh heritage with Gillian at the Penderyn stand by enjoying some Welsh cakes, learning a spot of Welsh (can you pronounce “Llanfairpwllgwyngyllgogerychwyrndrobwllllantysiliogogogoch”?) and of course, having a dram of Penderyn. Gillian was kind enough to give me a couple of whisky samples to take away – the Penderyn Sherrywood and Penderyn Peated – which we won’t be seeing in the country for quite some time. A review of these drams will follow soon.

Seeing Andy Watts of Three Ships Whisky fame, and his protégé Jeff again was a special moment too. At the end of the evening, Andy tracked me down and very kindly gave me a over half a bottle of Three Ships 10 Year Old Single Malt, November 2003 Release – South Africa’s very first single malt! You simply can’t get this whisky anymore, so it was a special gift and something I treasure, and I think Andy knows just how much it means to me. 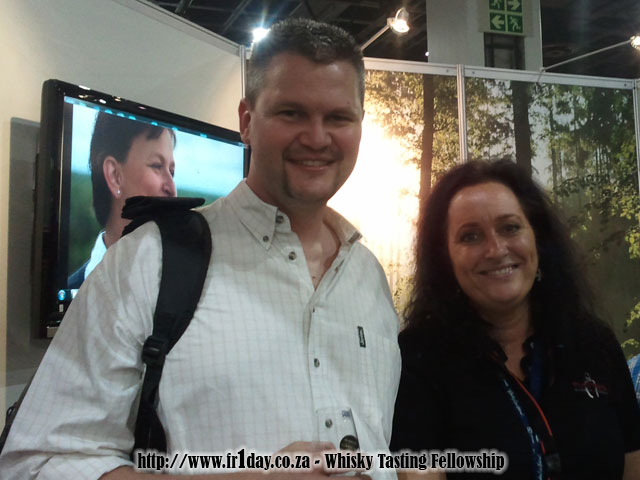 Learning all about Swedish whisky from Angela D’Orazio, master blender at Mackmyra. I had been talking to Angela via Twitter and so it was great to finally meet her face to face. A truly lovely lady with whom I could share several drams and some good conversation. 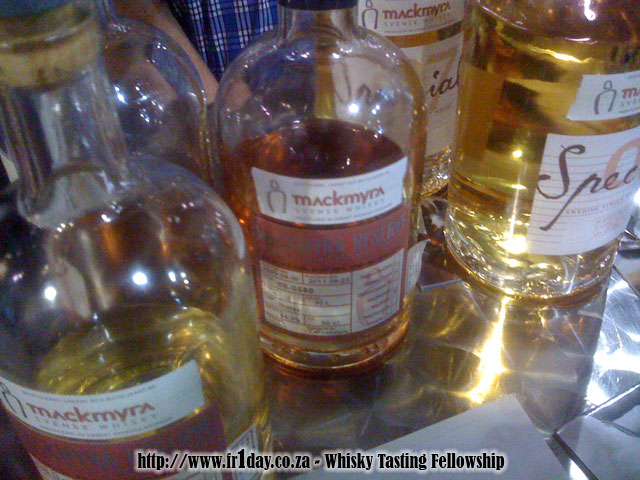 There are some very interesting whiskies coming out of Mackmyra and if things work out we should see some of them appearing in South Africa in the near future – at least I hope we do!

After months of anticipation, and a preview tasting that unfortunately didn’t happen, I finally got to taste, and enjoy, Compass Box‘s Great King Street Artisan’s Blend. Here is a blended whisky that will definitely be finding a spot in my whisky cabinet at home. 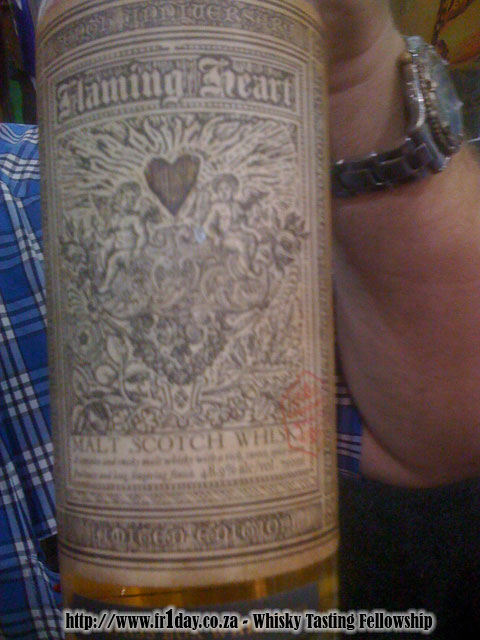 After talking whisky with Jason, from Liquidity (the SA distributors of Compass box and several other spirits), I managed to twist his arm and get to taste a couple of great “behind the counter” whiskies. First up was Compass Box Flaming Heart – a real pleasure and privilege to try this whisky which I had read about and thought that I would never get to taste. 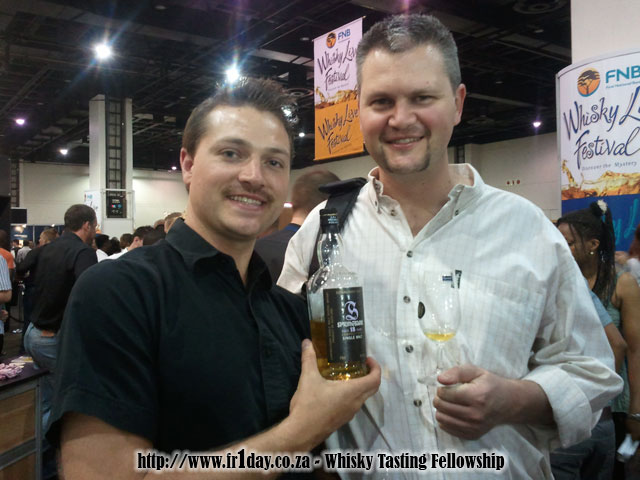 Jason then surprised me by pulling out another bottle from behind the counter – this time a whisky from Campbeltown – the Springbank 18. Wow, what an amazing dram! My first Springbank and definitely in the top three whiskies of the night for me. 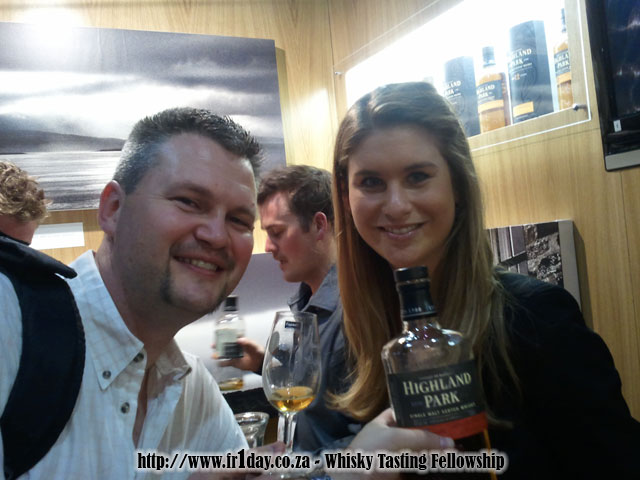 After having interviewed Candice Baker (SA brand manager for The Macallan, Highland Park and Famous Grouse) for the site recently, I was glad to bump into her at the Highland Park stand. After enjoying a taste of the Highland Park 12 (Candice’s “go to” whisky), Candice kindly poured me a generous dram of the Highland Park 18 – a lovely dram from a lovely lass. Candice was so busy and my schedule so tight for the night that I didn’t get to taste my way through The Macallan range, but hopefully that’s something I can do with Candice in the near future. 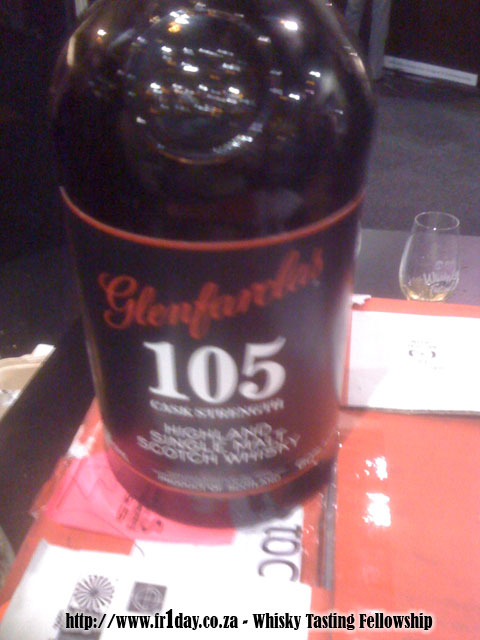 Time flies when you’re having fun, and way before I was ready for the night to come to a close, it did. A quick dram of Glenfarclas 105 with Bernard Gutman and Mark Burridge at the Whisky Club stand, and then we were all heading out the door, another whisky festival over.

And so another great celebration of whisky has come and gone. Hopefully the 18 thousand-odd people that came through the FNB Whisky Live Festival doors in Cape Town and Johannesburg walked away more informed and more in love with whisky than before. I know I did.

Dates for the 2012 FNB Whisky Live Festival are confirmed already. Cape Town: 31 October to 2 November 2012 and Johannesburg: 7 to 9 November 2012. With so many drams, whisky friends and experiences to enjoy I’ll be attending for a couple of nights at least. I hope to see you all there. Roll on Whisky Live 2012!