Being stuck on the southern tip of Africa often means that as a South African whisky lover I often miss out on the exciting whisky launches and exclusive tasting events that happen north of the equator and I have to relive the experience through my fellow whisky bloggers based in the UK, Europe and the States. One such prestigious event that took place in June was the recreation of a 100 year old whisky blend “recipe” at the home of Grant’s whisky. 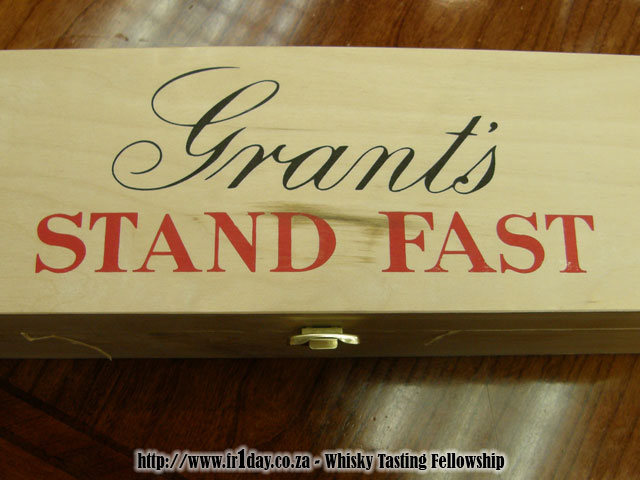 You can read the full story here, but I’ll paraphrase it as follows: an archivist uncovered William Grant’s Blending Book No. 1 and the very first blend listed in the book was recreated exactly 100 years on in the presence of Brian Kinsman (Grant’s Master Blender), Ludo Ducrocq (Grant’s Global Brand Ambassador) and a bevy of whisky luminaries and bloggers – all adding their input and suggestions towards recreating the old blend, factoring in suitable replacements for closed distilleries and the like. The whisky was even filtered using egg whites as chill-filtering did not exist a century ago. 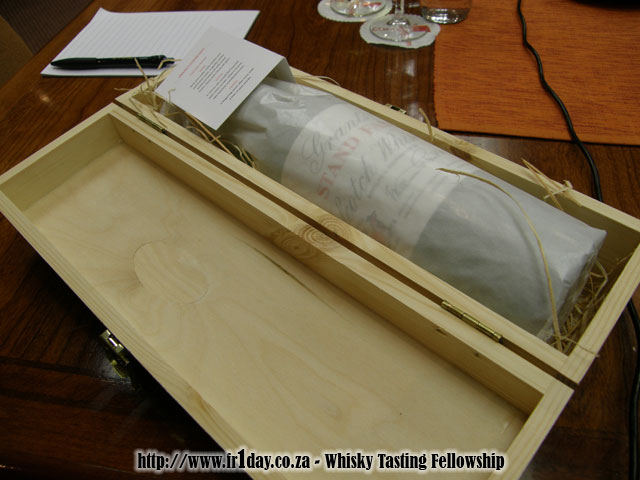 The result of this endeavour: 100 bottles of the recreation of Grant’s 1912 Stand Fast whisky were produced and the attendees went home with a bottle for their troubles and the memory of having taken part in creating a little slice of whisky history. Virtually all the remaining bottles, along with the 2012 blend recipe, are to be stored in the Grant’s family vault (it must be a pretty big vault) and who knows, in 2112 perhaps they will attempt to recreate it again?

I followed the story, wistful at having being unable to share the experience. Until I received a message from an angel! “Please join us at an exclusive media whisky tasting of the Grant’s 1912 Stand Fast – a recreation of a 100 year-old recipe.” And as if I needed any further enticement the message continued with “The tasting will be conducted by Grant’s Global Brand Ambassador – Ludo Ducrocq, via video conference from the distillery in Scotland.” Bonus! 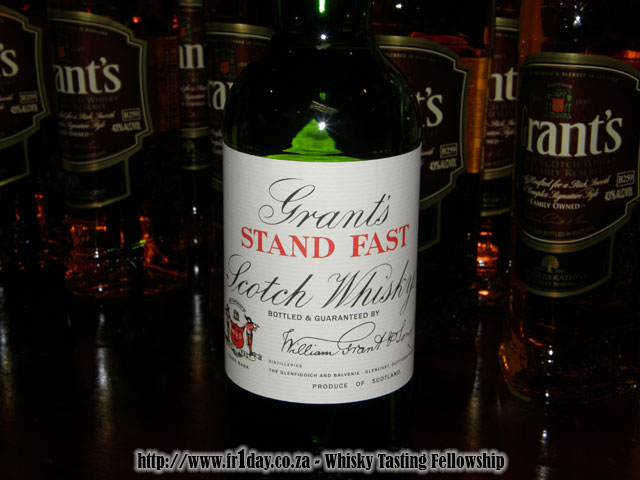 Bear with me for a second as I go off on a bit of a tangent. It pains me that this tasting was for the media and not true blue, dyed-in-the-wool, whisky lovers (I still don’t feel comfortable as being labelled “media” myself, but such is life I guess). I understand that this was primarily a marketing exercise and the publications in attendance (those that actually pitched – shame on those that didn’t) reach a far larger audience than myself (for now), but I just wish that I could have shared the experience with folks outside of Grant’s (the PR team and local SA representatives were great) as passionate about it as myself.

A memorable whisky, the likes of which I haven’t experienced before. It was a fascinating glimpse into what Grant’s whisky tasted like a 100 years ago and I feel very privileged in being able to take part. A big thanks to Ludo for his time, and to the local Grant’s team (Pauline and Lauren) for inviting me along. 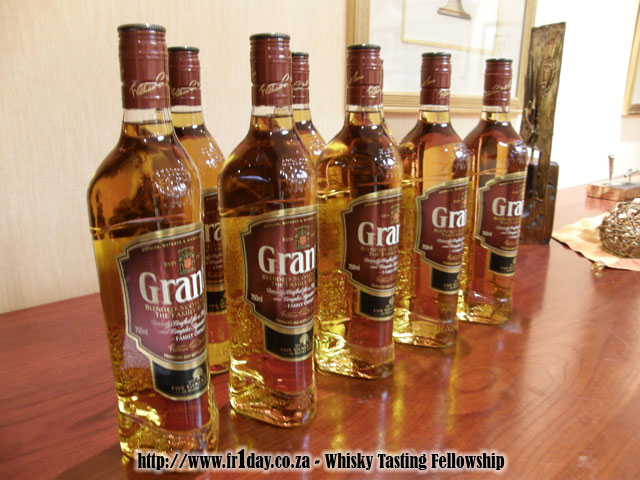 Here’s looking forward to the next 100 years!