A Twitter Tasting of the Jura Range of Whiskies #JuraTT

T’was a dark and stormy night. The four weathered travellers had gathered from across the globe in the dimly lit inn and were nursing their drams as a demonic wind howled outside, rattling the inn’s shutters and the very souls of those inside. The bawdy conversation turned to that of a distillery located on a magical isle… “What?!? You haven’t tasted the Jura range of whiskies yet?” exclaimed Tom in disbelief. The hiss of drawn in breaths around the table was reminiscent of swords being drawn from their scabbards – a scene all too familiar at this dive. “No, apart from a stolen sip of the Jura 10 I have not explored the range. They’re hard to come by in my part of the world” I answered. The other two in our party gave each other a look full of intrigue – the seeds of an idea planted. And that’s how the Jura Twitter Tasting (#JuraTT) organised by Steve of The Whisky Wire and Rob Bruce (representing Isle of Jura whisky) came into being, albeit via late night discussion on the internet and not in a dingy inn a couple of centuries earlier.

People often scratch the heads bemusedly when I tell them of Twitter tastings – unable to fathom how one can hold a whisky tasting with folks scattered to the four corners of our blue planet, huddled behind a screen with a whisky cradled in one hand and the keyboard in the other. Quite simple, I say. Especially when the host is as professional as Steve is. 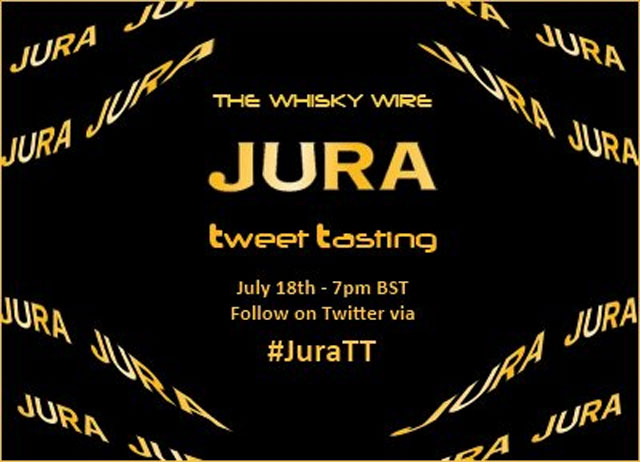 Steps to participating successfully in a Twitter whisky tasting presented by The Whisky Wire: 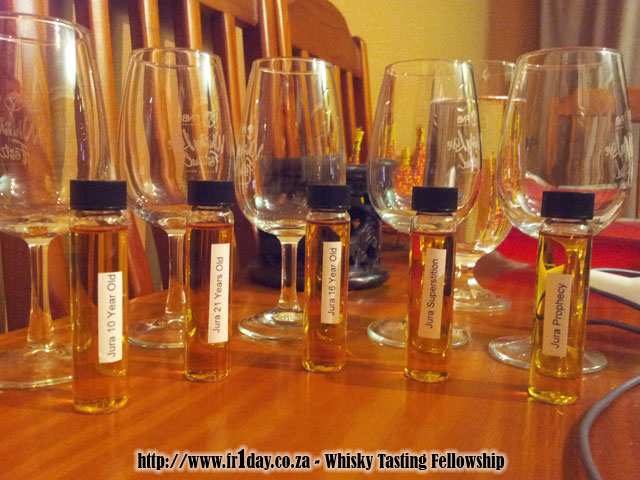 This tasting was all about Jura and we were fortunate enough to experience the Jura 10, Jura Superstition, Jura 16, Jura 21 and Jura Prophecy. I usually list my favourite tweets from the Twitter tasting but a few of my whisky friends who took part have already done all the hard work so here are the links to their posts instead:

Three drams stood out for me at the #JuraTT:

A big thanks, as always, to Steve for organising another successful Twitter tasting, and to Rob for making sure we got to taste the Jura range. I look forward to the next one.